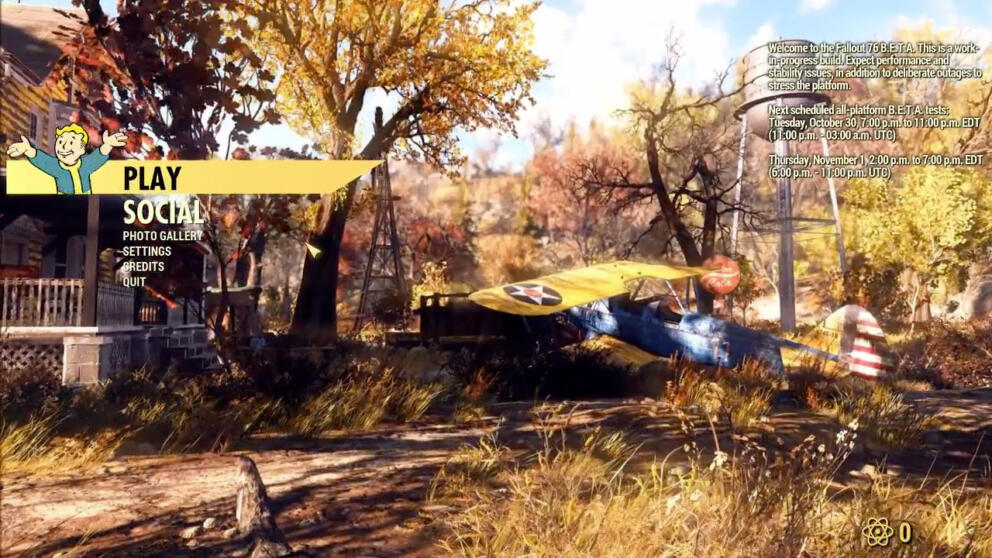 As a super nerd of the Fallout series, anytime there is a new version coming out - I’m very excited. After what seemed like an eternity of waiting, the day is finally here to test the B.E.T.A. and get a handle on the new Fallout 76 mechanics. The below list is in no particular order, but this is my honest feedback based on the Tuesday, October 30th 7pm-11pm play through of Fallout 76 on PC. These are my initial impressions with the game, and wanted to write it down as soon as I could. Keep in mind, I've only played 4 hours of the PC beta, so there are plenty of things I haven't discovered yet.

Note: this may contain spoilers for Fallout 76. Read at your own risk.

Keeping in mind, my PC isn't the best in the world, specs-wise.

As the build is still in B.E.T.A. - I went in thinking there would be a few of bugs and hiccups. 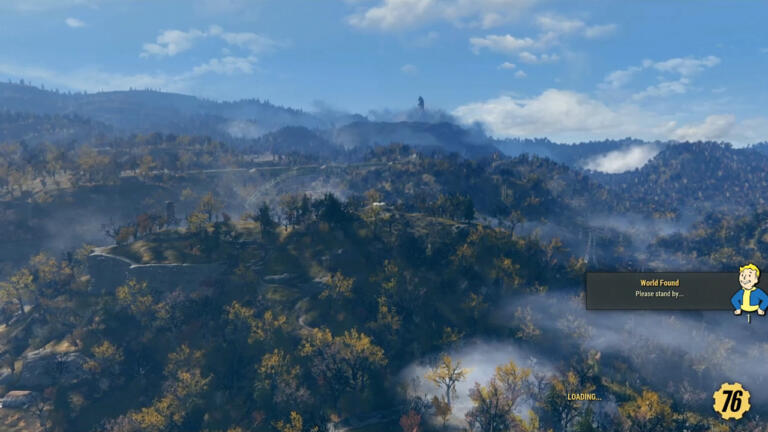 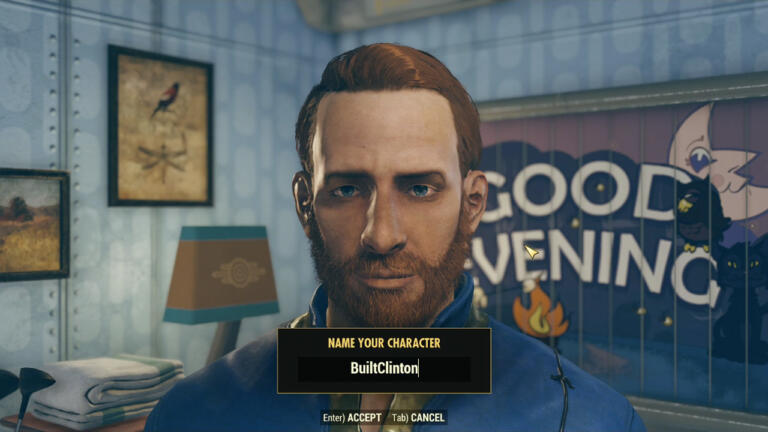 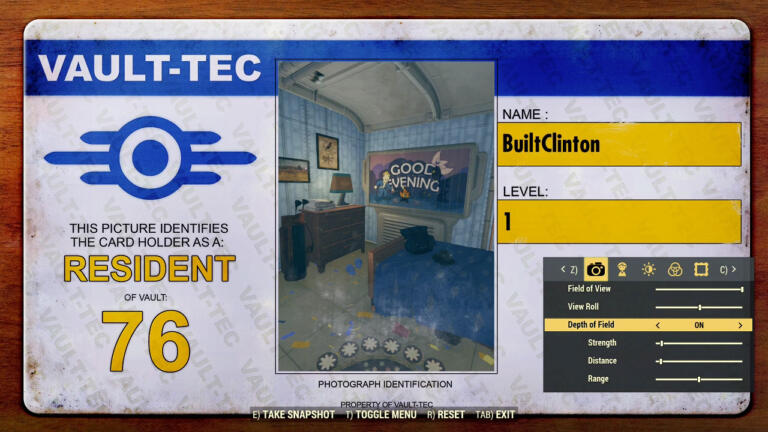 Character faded away and couldn't get him back into frame.

The first bug I ran into was the screen directly after the player creation screen, taking my ID photo. I used my scroll wheel to zoom out (or at least I thought it would zoom out) and my player totally disappeared. So now I have a blank ID badge. 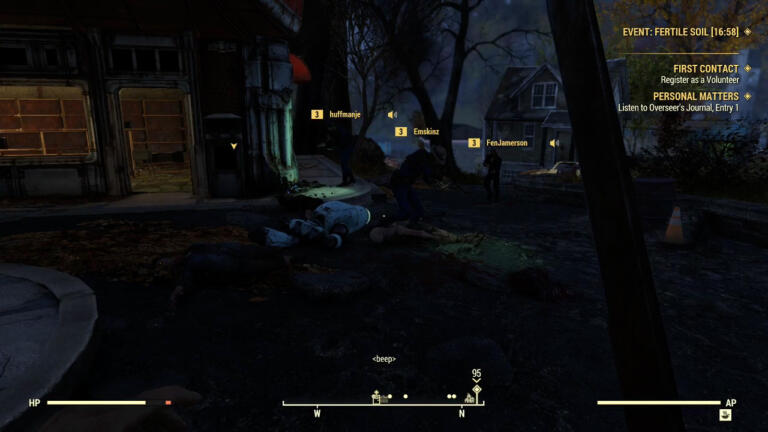 A group working on the farm = laggy.

First ran into this at the group event at the farm, while talking to other players, taking on the farmhands and reprogramming their combat targets. Around the field was a little laggy, but I thought I may have had my settings too high. I was running on Ultra at the time, so I backed out and re-started on High. Still laggy and stuttering. Confirmed with other players they all also experiencing the chop. Approximately 5 players (including myself) in the area. 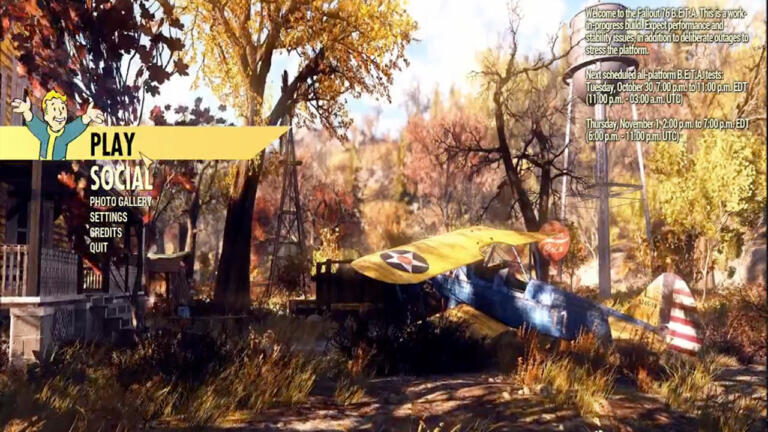 Wonky resolution for ultrawide monitors. May have been my settings somehow?

Not sure if this is a bug or not, but while selecting my resolution, I wasn’t able to select a version for my ultra wide monitor. I ended up playing on a bordered, windowed version at 16:9, 1920x1080. When I selected the resolution closest to my 3440x1440 monitor running in full screen, the display was stretched and distorted, like it was displayed at 4:3 and stretched to 16:9. 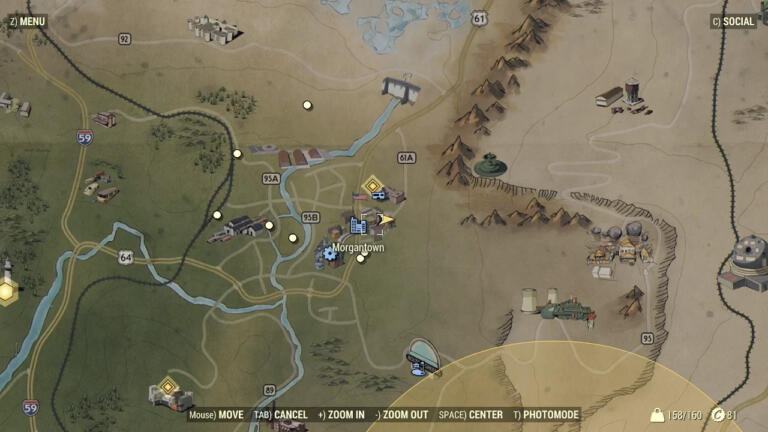 No autorun while looking at the map.

No auto run while looking at the map

Pressing “X” enables auto run, but pressing “M” to bring up the map stops auto running in a straight line and I’m a sitting duck. I may have gotten spoiled by other games that let you auto run while looking at the map, but this feels like you should be able to do it here too. I often check the map quickly to make sure I’m headed in the right general direction and stopping seems clunky. 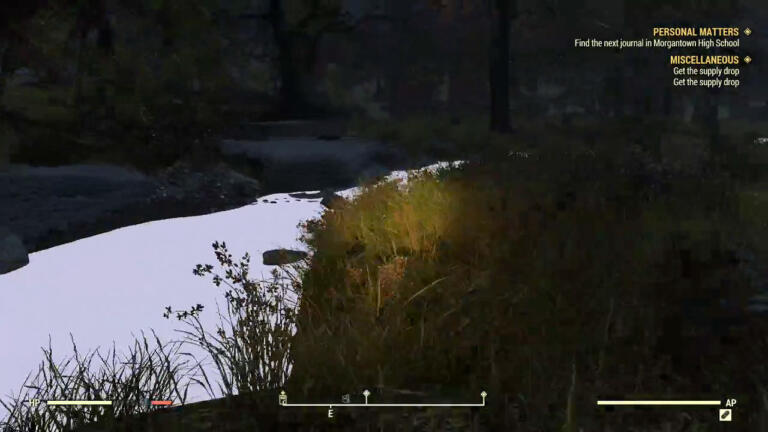 Water seemed to not have any textures yet? At least from the streams I was able to see while playing. I'm sure that was on purpose? But worth mentioning. 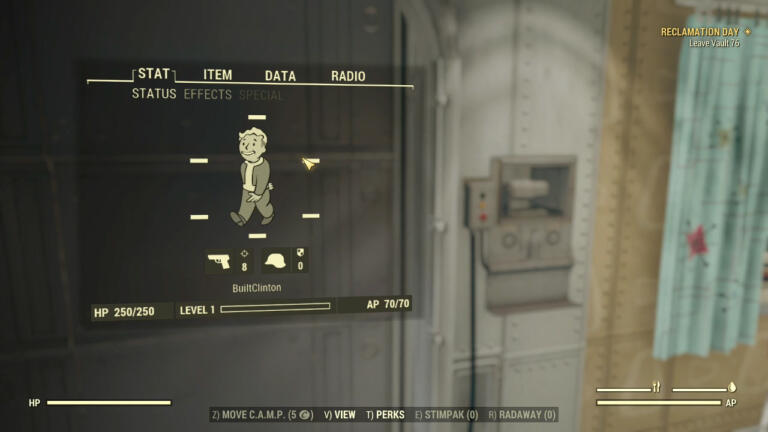 I found that the 'second' view of the pip boy was easier to see and use. The version on your wrist is cool, but this view is a little cleaner.

Live by the pip boy, die by the pip boy. This was the toughest hurdle to overcome. Being a player of Fallout 3, NV & 4 - I’m no stranger to the favorites menu and equipping specific items in specific slots for quick use. But I think that newer players are really going to struggle here. I did during the B.E.T.A., and I know better. This could use some attention - using the initial vault to have a ‘tutorial area’ to get use to quickly switching between weapons and aid items. Instead of just picking up crafting materials, C.A.M.P., party hats and black framed glasses on the benches, getting players familiar with the realtime pip boy, favorite slots/quick equip, and realtime vats would be perfect here.

Loved the Fallout 3 BB bun practice with a roped-off area and the radroach. #tunnelsnakesrule 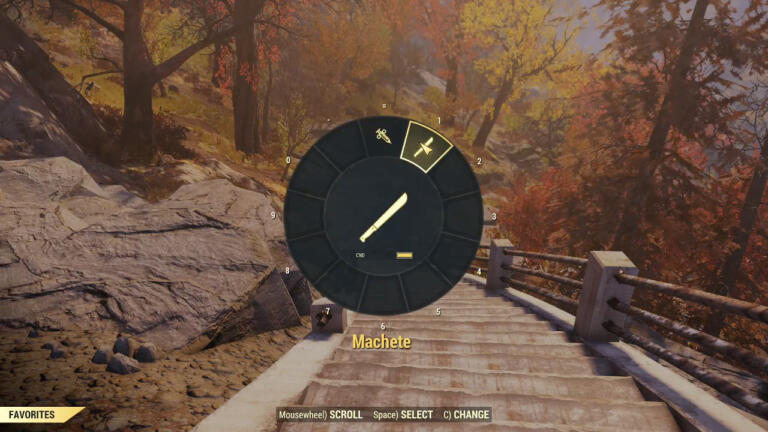 Going into Multiplayer and removing the ability to pause time to carefully choose a weapon or use an aid item is why I chose to play on PC. Managing health, rads, thirst and hunger was hard when I paused the game to toggle through my pip boy. Realtime and being a sitting duck pecking through menus is rough. On consoles, using the D pad and sticks to choose a favorite will become natural after a while, but it takes time. it’s hard to beat the number row on a keyboard when you have so many options for favorites. 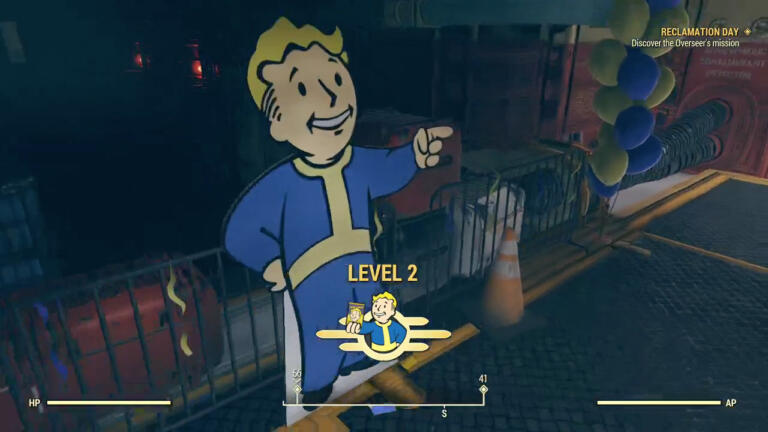 The perks and perk cards are still kind of a mystery to me. When you get to level 2 before leaving the vault, it would be nice to have a deeper intro to leveling. Do perk cards only work while equipped? Can I only stack X cards at a time or can I use all of them? Can I use them as long as I select the S.P.E.C.I.A.L. category? Example 5 strength points = 5 card slots to stack? I’ll have to look it up, but just wanted to add that while it’s fresh in my mind from the perspective of a new player. Maybe I didn’t see this explained in the menu? 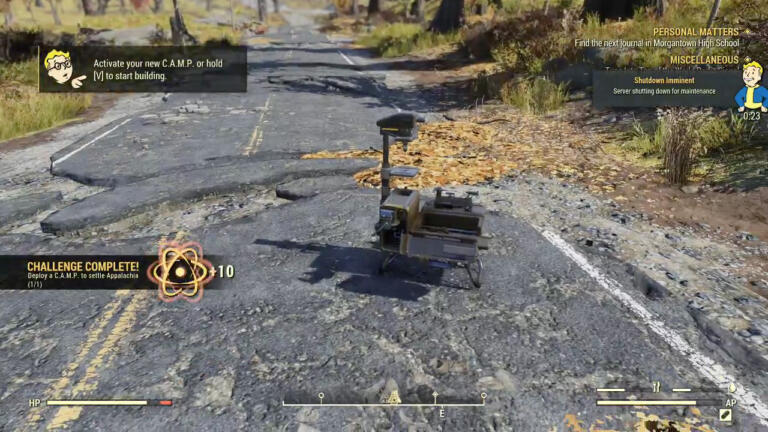 Love the idea of the C.A.M.P. - no idea how to properly use it yet. This is my fault, because I wanted to get to the game as quickly as possible, but only in the last, literally 25 seconds of the BETA figure out how to use it. For future reference, it’s not just “Z” - you have to be in the pip boy THEN press “Z”. Still not sure how to recall the C.A.M.P. That’s on my to-do list to learn during the next BETA session. 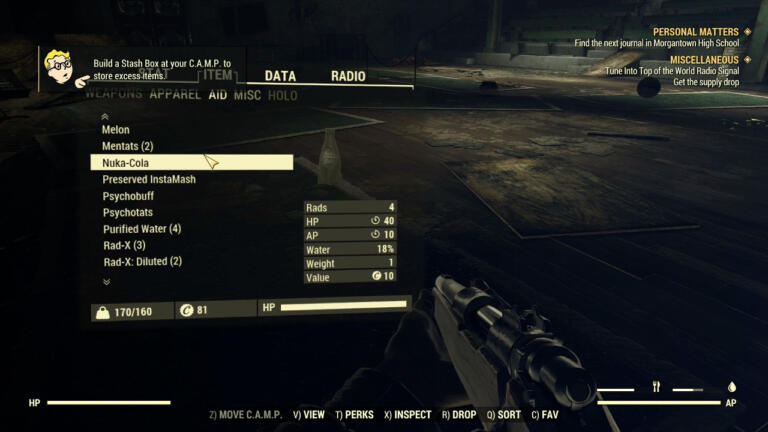 Since I don’t know how to properly use storage, inventory management was difficult. I was collecting as many items as possible, scrapping junk and duplicate weapons in order to get the resources needed to craft. Around hour 2, I was at capacity and would have to scrap junk and weapons. The good news, there are TONS of crafting benches all around the world. Thank you so much for these benches and the ability to break down items here. I need to learn how to better manage inventory while being conscious of food, water and aid levels. It would be nice to be able to expand inventory levels besides ranking up Strength - but I’m sure theres a perk for that like previous Fallouts. 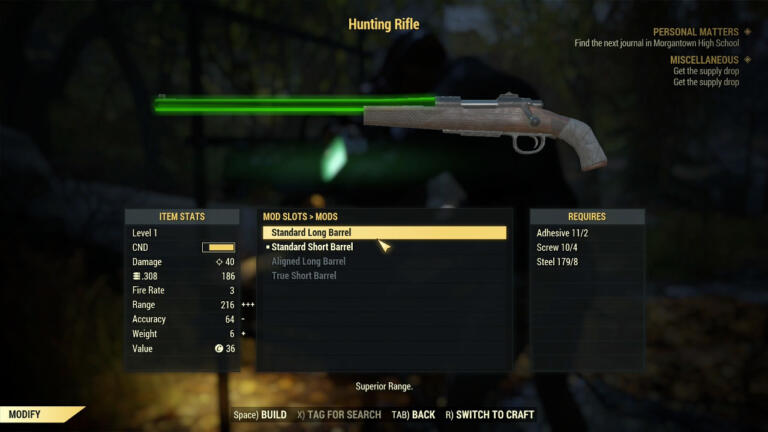 Crafting is pretty dang important in Fallout 76, and it would be nice to make the benches 2-3 times wider so they can be used at the same time by multiple people. Crafting is a tedious process and rushing through it you make mistakes. Like crafting 2 left leather arms. 🤦‍♂️

Some kind of crafting guide would be nice - like when currently discovering/reading plans allows you to learn how to make a new item, discovering a material could learn what it’s used for? I know that’s a tall order.

I talked about inventory levels above - that was another gripe I had but I’m a 10/10 hoarder when it comes to Fallout. 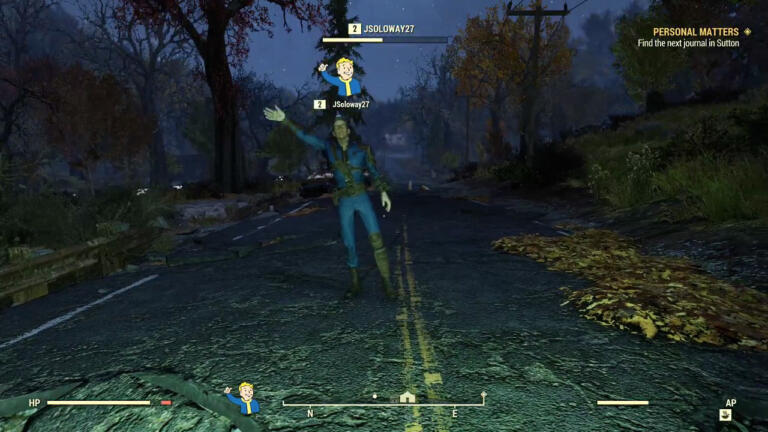 Holy crap this is fun and stressful. For this first time, I played solo to learn things but ended up interacting with a few people and helped each other. Sharing weapons and aid items is pretty dang fun and useful. Group events really provides me with a sense of pride and accomplishment for helping other players.

Gave a guy a gun early in the game, we helped each other for a few events and exploration of new towns. After level 5 (PvP is active at level 5) there was always this feeling that he could just turn and blast me with the gun I provided. I don’t know if that’s how the PvP mechanic works because I haven’t gotten that far yet - but it made the game really have an even more post-apocalyptic, anything-could-happen vibe. I like it, and I think it's a great step in the right direction.

How does the PvP looting system work? Can (s)he just steal all of my stuff? Am I just gathering things for the strongest person on the server? 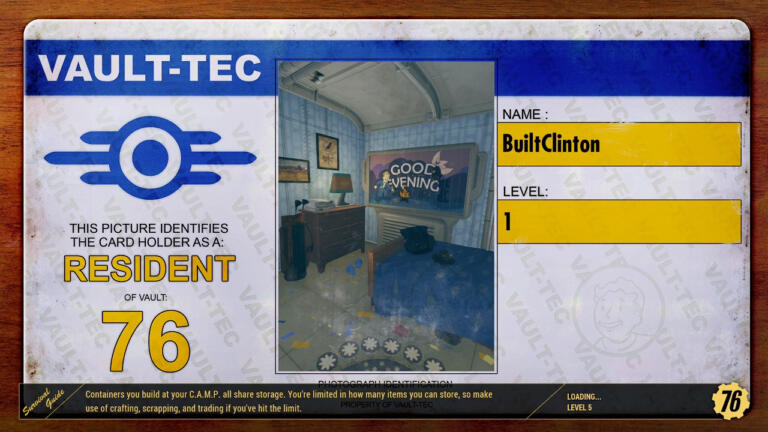 Bug from above made it to the loading screen

The new photomode is neat, but not sure when it would be used. That being said, I took a few photos with it just to test it out and to my surprise, they made it to the loading screen! A unique way to use the photographs. Neat feature. 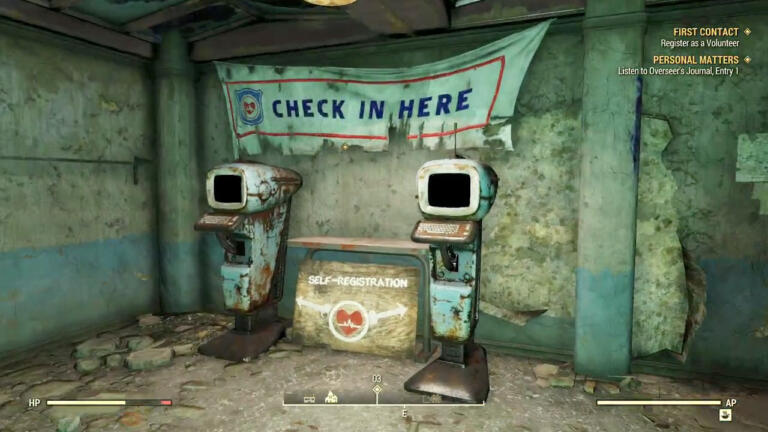 Never thought I’d say this, but the lack of NPCs is concerning so far. Haven’t ran into any Brahmin caravan, people in towns, quest companions, etc is concerning.

There is a lot of reading and holotapes so far in this game which feels kind of soul-less. Fallout has such great potential for a post apocalyptic story of what the heck happened in West Virginia for the past years. 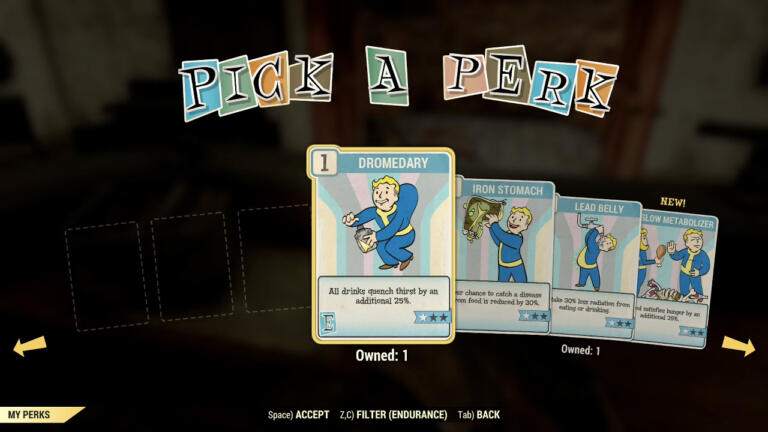 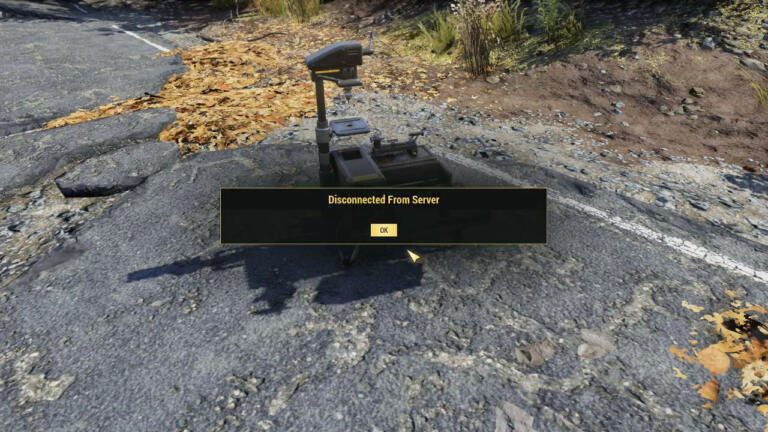 After playing the 4 hours of the Fallout 76 PC BETA, overall I had a great time. Honestly, I was excited about a new Fallout, but nervous about the new mechanics and multiplayer. I think Bethesda did a great job overall preserving the vibe of fallout, while moving the title forward onto a dynamic multiplayer experience. Looking forward to stress testing this game more and finally partying up with some friends to take on the wasteland!