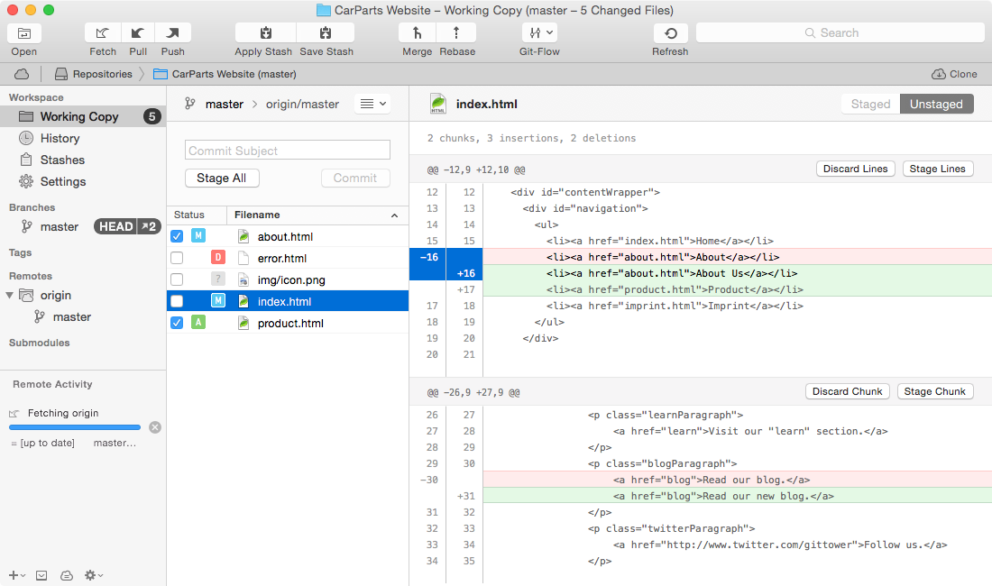 I've been using GUI apps for git for a while now. I've never really used it on the command line other than just trying to see if I could remember the commands. I started using GitHubs mac app and it was good enough to get by - then Dan at work introduced me to Tower.

At first, the two apps looked the same - most git apps do - but the first thing I realized is the snappy-ness. It seemed a little quicker compared to the Git app. Git-flow is a pretty awesome feature too. It's a simplified way of merging changes from one branch to another along with providing tags and a good release process. I had no idea how to make different releases of any kind of code in the past so this was my introduction to it.

I don't really use Tower to it's fullest potential - it has some pretty neat drag and drop features to create branches and push/merge but I love the hotkeys they provide. To me, I think the hotkeys make the general experience of the app better than the command line. While the command line isn't really that taxing to type, I love the hotkeys where I don't have to type anything but the commit message. I do wish you could customize a hotkey to stage, commit and push to the head of your current branch though. Each of those commands is a hot key right now. Super first world problem.